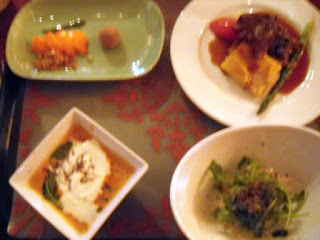 2012 was a pretty good year. Especially the second half. For once, I felt like celebrating New Year's Eve rather than ignoring it. After other plans fell by the wayside and I learned Jean-Robert's Table was offering an upscaled version of its budget-friendly Lunch Tray (usually four courses for $14 weekday lunches at the bar) – featuring lobster and truffles for New Year's Eve, it seemed the perfect, last-minute way to cap off my year. (I have a "thing" about lobster that stems from an old inside joke with my sister.) 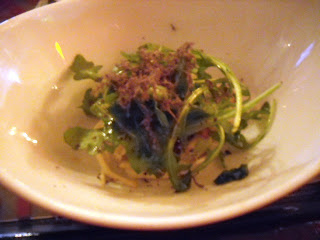 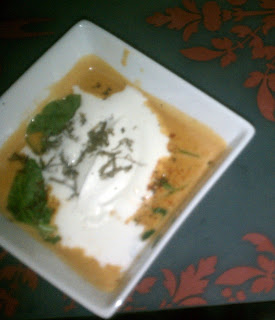 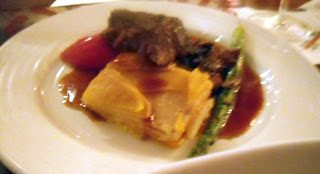 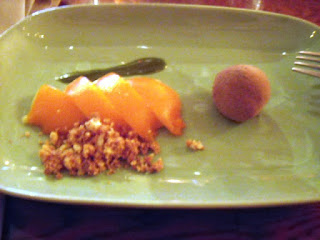 Lobster and Truffle "Tompe l'oeil"
(with tangerine + coconut bavarian and a chocolate truffle)
The food would have made me happy enough. But, as often happens when I head out to dine alone, I didn't really end up eating solo after all. I was befriended by the couple sitting next to me at the bar. They had great taste in wine, and shared my interest in the Cincinnati food scene. Proving once again that good food attracts good people, and food is a universal language – or at least a darn good conversation starter. 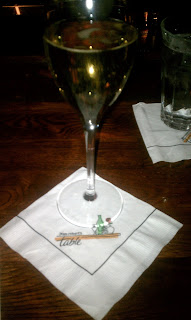 Cheers to all the fabulous people I've met this year through food, and my dear, long-time friends as well. Happy New Year and all best in 2013!
Posted by Sharon Rudd at 10:35 PM 5 comments: 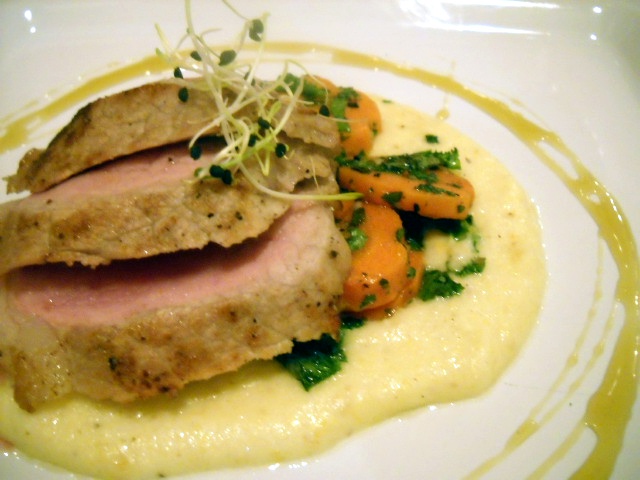 Napoleon Ridge pork loin with sorghum drizzle at Bouquet
’Tis the season for reflection on the year gone by. I’ve had some amazing food adventures that I still haven’t blogged about. I’ll try to remedy that in January, but here’s my first installment. With thanks to the chefs and farmers who made these meals possible, the fine folks I’ve had the pleasure to share a table with, and the new friends I’ve met along the way, Happy New Year!

We’re not talking pig roast here. Last March farmer Tricia Houston of Napoleon Ridge Farm asked if I would like to partake of a tasting dinner Bouquet Restaurant and Wine Bar in Covington was preparing with one of her pigs for a potential customer. There is only one correct answer to an invitation like that: “Yes!” At the last minute, she insisted my meal would be on her, and although I grappled with the blogger ethics of accepting a free meal, I wouldn’t have missed this one for the world. 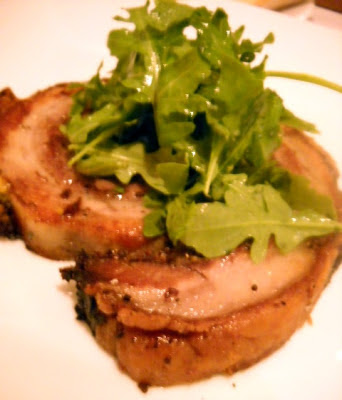 Napoleon Ridge porchetta from Bouquet
The pork loin at the top of this post followed, then a single plate featuring these two pig cuts I'd never had the opportunity to taste before. 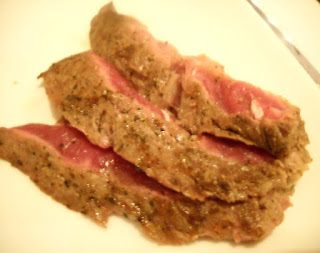 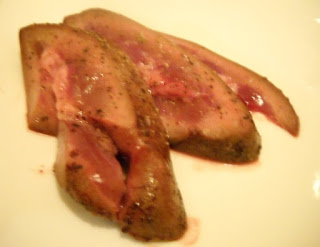 Napoleon Ridge pork kidney from Bouquet
While you’re not apt to find pig bicep on the menu at Bouquet on a regular basis, the restaurant's specials are not to be missed. (They are sometimes mentioned on Bouquet's facebook page.) Chef Stephen Williams and his team, including the talented Bhumin Desai, are firmly committed to cooking seasonally and letting their carefully sourced local ingredients shine. One of the coziest rooms in Greater Cincinnati, Bouquet also offers a great wine selection, gracious, unpretentious service, and phenomenal housemade sorbets like this one. 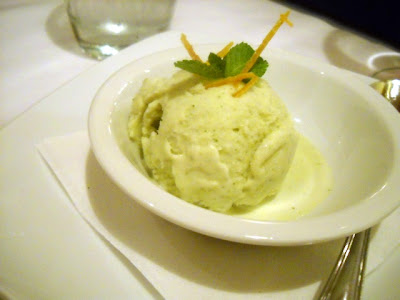 Bouquet's mint sorbet
During 2012, Bouquet expanded its kitchen, and I'm hoping they will open their second floor during 2013.  P.S. The “potential customer” the kitchen was cooking for that night was Jim Cornwell, who sometimes carries Napoleon Ridge products at Dutch’s Larder, which has since opened.
Posted by Sharon Rudd at 8:41 PM 1 comment: 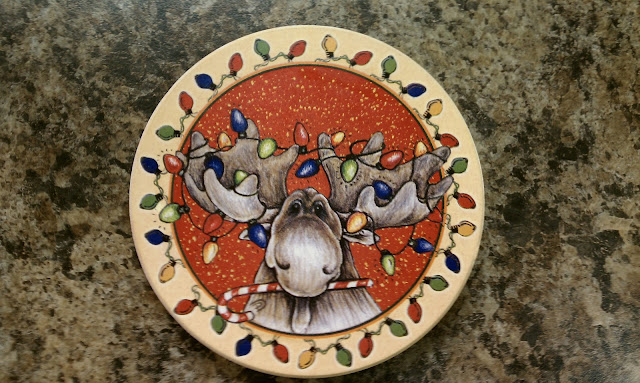 Santa came early this year. Good thing, as I have to drive home on Christmas Day. My favorite foodie gift: this box of spices from Istanbul! 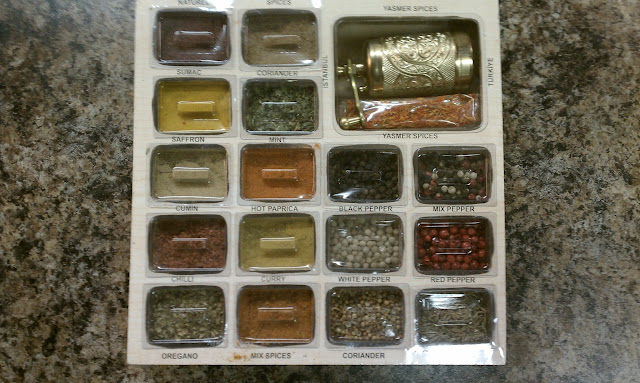 We pretended Monday was Christmas Day, so even our feast is complete. 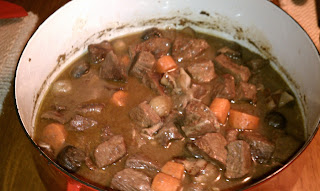 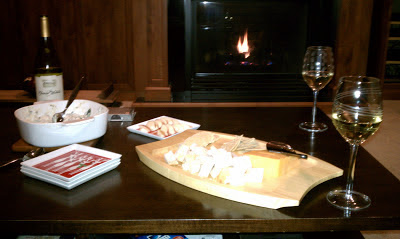